A few weeks ago we went looking for more information about the family Boucneau in Canon City. From the U.S. census, we know that Ernest Boucneau and his wife Violet lived in Canon City in 1920. We found Becky Jamison who is a trainer at the Canon City Family History Center. She went looking and found very interesting information. Finally we know now when Ernest died: April 7, 1944! Becky sent us a photo of the grave of Ernest and Violet! Fantastic! She promised to sent us more! 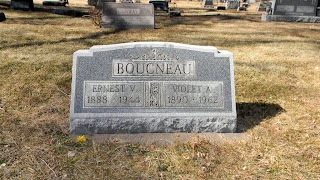 Ernest V. Boucneau, 56, for 29 years chemist and assayer of the Canon City plant of the Empire Zinc company, died at a local hospital at 7 o'clock Friday evening three weeks after being taken sick with heart and kidney trouble.
He entered the hospital at that time, appeared to gain strength for a few days only to become more seriously ill. Little hope had been held for his recovery since the first of the week.
Mr. Boucneau was the second official of the zinc company to die here this week. Wednesday evening his superior Raymond L. Jones, superintendent, died following an emergency operation.
A native of London, England, where he was born on February 3, 1888, he had lived on the North American continent from the time he was 12 years of age. He first resided in Mexico, where his father was in business, and then later moved to El Paso, Texas, in 1910.
He attended Texas School of Mines and New Mexico School of Mines, majoring in chemical engineering.
Upon his graduation, Mr. Boucneau joined the Chino Copper company as chemist for the Santa Rita, N. M. plant and mine. It was there that he met Mrs. Boucneau, a nurse with the company. They were married in 1913.
The Boucneaus two years later moved to Canon City, Mr. Boucneau joining the laboratory staff of the Empire Zinc company here. In the succeeding 29 years he had been assayer and chemist, much of that time chief of the department.
He was a devout member of Christ Episcopal church and had served on the vestry for several terms. He had served as church treasurer for the past eight years. Mr. Boucneau was also a member of the Canon City Elks lodge.
Surviving are his wife, Mrs. Violet Boucneau; a daughter, Mrs. Dora b. Brown of Canon City; a son, Pfc. Robert Boucneau, probably stationed in England; a sister living in England and two grandsons, Robbie and Jackie Brown of Canon City.
The family home for many years had been at 507 Hazel Avenue.
Funeral services will be held at Christ Church at 10 o'clock Monday morning with the Rev. Robert M. Redenbaugh, rector, officiating. Interment will be made in Lakeside cemetery by the Holt mortuary. 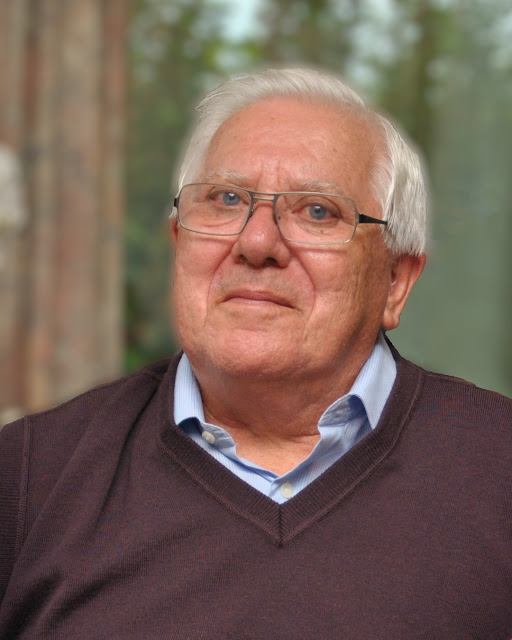